An introduction to Networking and Security on AWS

For non-VPN, Internet based access use a Jump Box or Bastion Host in the Public Subnet. This allows an engineer to SSH into Port 22 on the production servers in the private subnet.  You can track all activity (access, who, from where etc), with AWS System Manager ‘Session’ Manager.  A Bastion secures outside-access into the EC instance. A NAT (network address translation gateway), secures access from the private subnet EC2 instances out to the internet (to allow patching for example).  You will likely be using both. 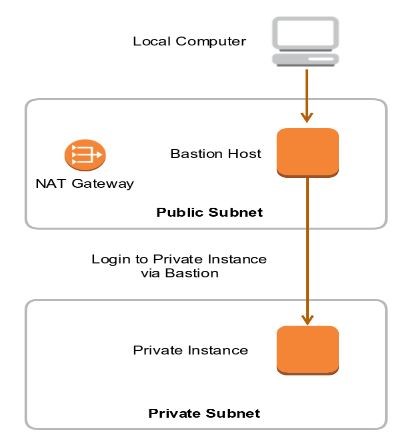 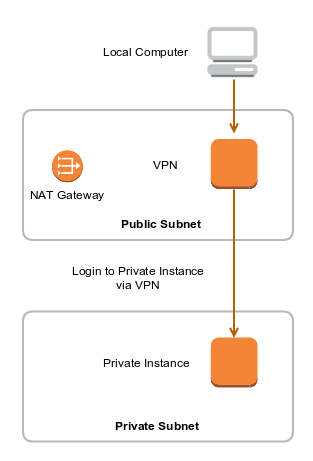 A VPN enables you to route traffic from an on-premise corporate network to the AWS VPC via the internet, using IP-SEC.  A VPN is similar to the use of a Proxy connection and server. In Corporate environments, the VPN is a critical networking fabric used to connect to instances in Private Subnet. The VPN Server resides in the Public Subnet and you route your traffic via VPN server to instances in Public Subnet.  You can still use a Bastion Host of course in conjunction with a VPN.  A VPN’s primary purpose is to provide a secure on-premise to AWS connection.  A Direct Connect backbone fiber connection (not internet based); can also be used and now you can layer a VPN inside a Direct Connection to provide low-latency IPSec communications.

A Site to Site (S2S) VPN allows two networking domains to communicate securely between each other over an untrusted network like the Internet.  The two sites can be an AWS VPC and an on-premise datacenter or even two different VPC’s within AWS.

VPC peering is a network connection between two VPC that enables the communication between instances of both the VPC.  VPC Peering is now possible between regions.

AWS has public endpoints that used to be accessed from the internet only (S3 for instance).  Now we can use “VPC Endpoints”, which are secure and highly reliable connections to services like S3, KMS, DynamoDB.

This means for example that EC2 instances within a private VPC can now connect to AWS public services without any need of NAT gateway or even Private Gateways.  EC2 to DynamoDB Communication via VPC Endpoint: 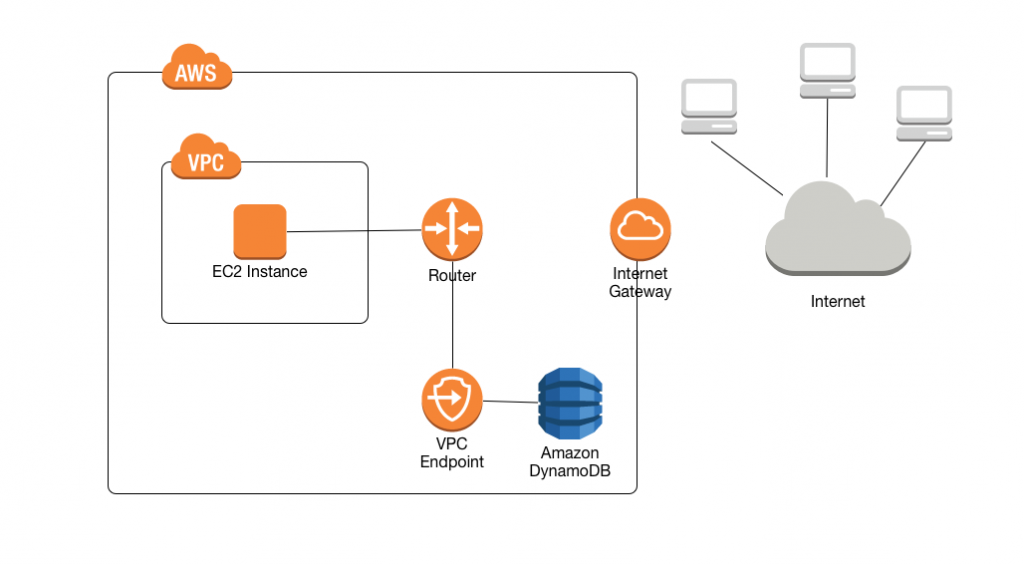 AWS has introduced VPC endpoints which are different than gateway end-points:

NACLs operate at the subnet level (each subnet is mapped to 1 NACL).  Security Groups are firewalls at the instance level.

Instance Meta-Data can provide a lot of sensitive information that includes temporary credentials like AWS Access Key / Secret Key and Session Token. To view all categories of instance metadata from within a running instance, run the following command.

Any user who has access to the server will be able to fetch that information. This can lead to a security risk. With IPTABLES, you can block access to the instance meta-data for the common users within servers.

Within AWS, if you want to set up IDS and IPS you will need to use 3rd party products.  This usually entails installing IDS-IPS agents on your server and routing packet traffic to a centralised server.  It may also mean (as a 2nd option), setting up a VPC proxy fleet of IDS-IPS servers where every VPC flow is routed and analysed for security risks before being passed on to the production servers.

You have an IDS / IPS agents installed in the EC2 instance which will communicate to the central IDS / IPS appliance.

i) Before terminating an instance, customers can wipe the data in EBS.

ii) AWS also wipes the data immediately before the EBS is made for re-use.

iii) When the storage device has reached its end of use, they are decommissioned via detailed steps mentioned in NIST 800-88 or DoD 5220.22-M

Whenever an EC2 instance or EBS Volume is deleted:

i) Just right after EBS volume is deleted.

iv) AWS does not wipe. It’s the customer’s responsibility. 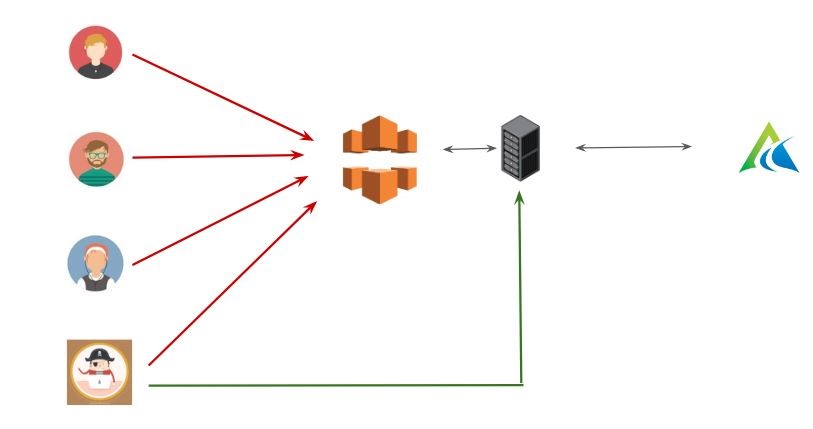 AWS Shield is a managed Distributed Denial of Service (DDoS) service that safeguards the workloads running on AWS against DDoS attacks. There are two tiers of AWS Shield:

One interesting part about AWS Shield Advanced is that during the attack, if your infrastructure has scaled, AWS will return you the amount that occurred during scaling in the form of credits. This is also referred to as Cost protection.

There are four key areas around DDOS mitigation:

Be Ready to Scale:

Your infrastructure should be designed to scale when the traffic increases.  Use load-balancing, auto-scaling and Cloudwatch metrics.

Decouple your infrastructure.  Example:  Application and Database should not be on the same server.  AWS Services:  SQS, Elastic BeanStalk

Know what is normal and abnormal:

Key metrics need to be defined to understand the behavior. Example: Website getting a huge surge in traffic in the middle of the night at 3 AM.  AWS Services:  CloudWatch, SNS.

Create a Plan for Attacks:

It is recommended to have AWS Support. At-least Business Support.

Whenever we create an EC2 instance, we generally specify the associated key-pair. Often the keys are lost or compromised – even posted on Git or public code repo as part of the application code (in plain text no doubt).

i) Deleting the key-pair from the console will not delete the associated key from the EC2 instance.

ii) If we create a new instance from AMI of older instance, the public key specified while AMI creation will be appended to the authorized_keys. 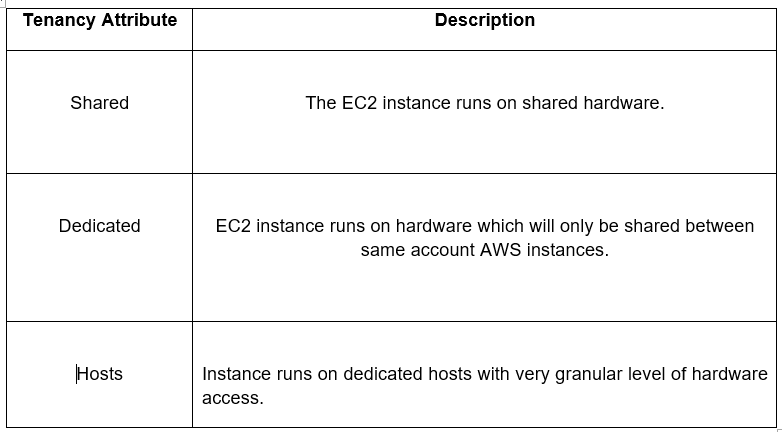 In this approach, your EC2 instance is launched on the shared hardware where EC2 instances of other customers also run.

Dedicated Instances are EC2 instances that run on the hardware which is dedicated to a single customer.

Dedicated instances may share the hardware with other EC2 instances that belong to the same AWS accounts.

Dedicated Host is a physical server that allows us to use our existing per-socket, per-core or even per-VM based software licenses which includes Windows Server, SUSE, and various others.  With dedicated hosts, we can use the same physical server over time, even if the instance is stopped and started.

AWS SES is a highly scalable platform that AWS offers for sending and receiving emails. Many firms have generic emails like noreply@example.com which are used to send emails to users for various reasons (registration, shipment, updates). You need a mail server installed on an EC2 instance with traffic throttled over port 25. To remove the throttle, you can make use of non-default ports or fill out the form to remove email sending limitations.

To access the AWS SES interface, you need to have an SES SMTP username and password. SMTP works on port number 25, 465 or 587. SMTP credentials should be used when we connect to the AWS SES SMTP endpoint.

There are two important attributes in VPC that determines DNS related resources.

If both attributes are set to true, the following occurs:

If both attributes are set to false, the following occurs:

Instances with a public IP address do not receive corresponding public DNS hostnames.

The AWS Artifact portal provides on-demand access to AWS' security and compliance documents, also known as audit artifacts including PCI DSS, HIPAA. GDPR and others. If the organization is using certain AWS services, then the auditor will ask the organization to show a certificate that the service is compliant.