The Cloud infrastructure is built on Servers, SAN and VM.  Cloud vendors will deploy largely similar infrastructure in order to facilitate Cloud deployments and scalability.  This could include hardware federation and federating VMs.  A very typical deployment model for the Cloud might look like the following:

Many cloud systems have a primary and then a backup data-center.  Within a system such as AWS or Google Cloud, these centers would be called Availability zones, within the same region, or perhaps 2 regions running within a distinct Virtual Private Cloud network.

The key to Cloud computing is the VM and the server infrastructure.  What does it look like?

A VM and Cloud Hardware: 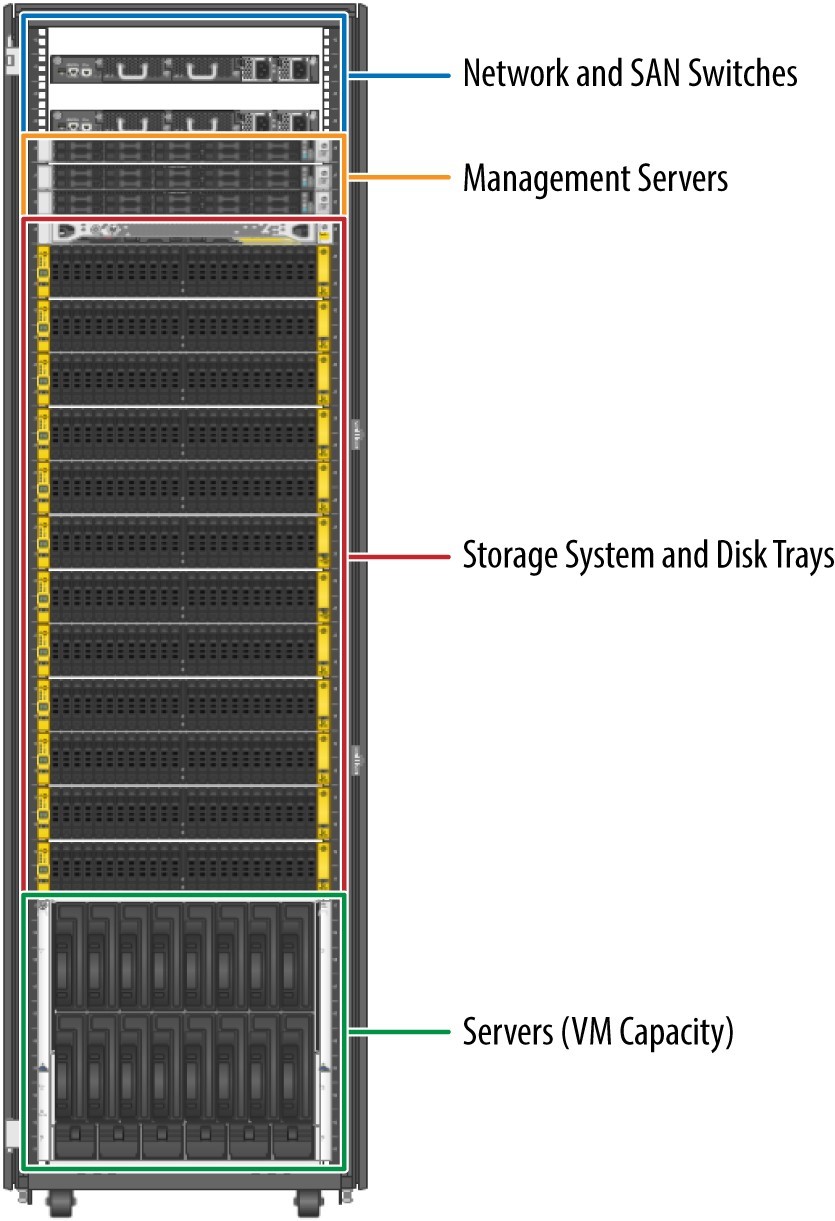 Installing a hypervisor onto each physical server provides for the best utilization of the hardware through multiple VMs. Some hypervisors are more mature than others, having more APIs and extensibility to integrate with other systems such as the SAN or server hardware management systems.

The key to virtualization, beyond squeezing more VMs into each physical server, is the ability to have VMs failover or quickly reboot on any other available physical server in the farm. Depending on the situation and hypervisor’s capability, this should be done so that a customer does not notice an outage. With this capability, the Cloud IaaS/PaaS provider can move all online VMs from one server to any other servers in the farm, facilitating easy maintenance or repair.

Server Configuration for the Cloud